" Xavier Pauchard’s Chaise A is a perfect synthesis created by a man possessed of an understanding of raw materials – and the tools used to work them"      Serge Lemoine, President of the Musee d’Orsay Paris

We are the Exclusive Importers of Genuine Tolix into NZ. If it is not from Madder & Rouge - it is not Tolix 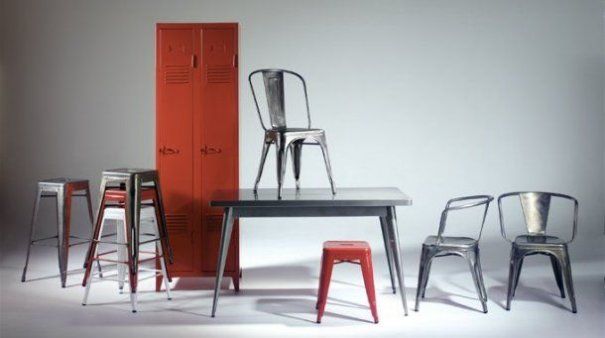 The following content has been referenced from the book 'Inoxydable Tolix' by Brigitte Durieux.

“Tolix Steel Design has recently been awarded the title of Entreprise du Patrimoine vivant (Living Heritage Company). This honour not only recognises the contribution made by the company and its products that, for more than seventy years, have been a feature of daily life in France, but it also is an incentive to us to remain true to our tradition of quality and innovation.”
Chantal Andriot
President of Tolix Steel Design

Xavier Pauchard was born in 1880 amidst the endless pines of the Morvan, a roofer-zinc worker like his father and grandfather before him. Shortly after the First World War ended in 1918 he founded a company manufacturing galvanised steel househod items in the heart of a land where wood was king.
Xavier was the first person in France to adopt the technique of galvanisation, the process of protecting an iron object from oxidisation by dipping it in a vat of molten zinc heated to a temperature of 450 degrees celcius.

On 13 July 1925 he had converted his business to a limited company with a share capital of one million francs. Two years later, on 25 July 1927, Xavier registered the Tolix trademark which was to feature on his entire output of ‘chairs, armchairs, stools and metal chairs’

CREATION OF THE CHAIR A

It was the fifth time that day that Xavier Pauchard had left his office and headed – impatiently – to the workshops. Walking towards his foreman’s workbench Xavier Pauchard pushed back the black beret that seemingly never left his head and examined with his expert’s eye the prototype stackable chair that was the object of the team’s unstinting endeavours. “This will be the Model A” he said to himself. Tinsnips in hand he deftly began to fashion a new seat base from a sheet of steel. Working on his tinsmiths block he then started to hammer away, curving the steel to the exact shape he wanted. “Tack it together please,” said Xavier Pauchard, who was keen to see a trial assembly. Pierre Moreau roughly assembled the various elements with a few dabs of weld. “That’s enough for today,” Moreau said as he left the workshop, glancing as he went at the strange metal chair that so obsessed Monsieur X.
The two men spent hours facing each other working by trial and error to produce the first Chaise A entirely by hand. It was a small, stackable chair of disarming simplicity that, eighty years hence, was to become part of France’s National Furnishing Heritage.
It takes one hundred manual operations to create a Chaise A, meaning that no two are entirely the same.

In a moment of creative narcissism, Xavier Pauchard decided that each creation should carry the first letter of his own name. For the design of his first metal chair, beneath the seat is the X-shaped reinforcement bar. X for Xavier.

LAUNCH OF THE TOLIX COMPANY

With the sudden death of Xavier Pauchard in 1948, his sons Andre and Jean initially continued to run Etablissements X. Pauchard as before. However in 1952 the divided the company in two. Andre took over Reservoirs X. Pauchard, a business that manufactures items for the metalworking industry. Jean took over the Tolix brand, originally launched by his father, and founded the eponymous company.

CREATION OF THE TOLIX A56 ARMCHAIR

In 1956 when Jean Pauchard designed the armchair to go with his father’s Chaise A, the first Managing Director of the newly established Tolix Company was creating one of the 20th Centuries classics. Based on the Chaise A, and because it was the year 1956, the chair was called the A56. Half a century later, the Fauteuil A56 (Armchair A56) designed by Jean Pauchard has become one of the most influential pieces of 20th Century metal furniture design.
In its plain varnished version it has been Tolix’s armchairs bestseller since 1990, much to its creators astonishment, His true pride and joy lies elsewhere. “What I made was the table!” he asserts; a metal table with tapering legs that he designed in 1955, the very day after taking control of the Tolix Company.

TOLIX AS SEEN BY... Serge Lemoine, President of the Musee d’Orsay Paris
In common with other – often anonymous – early 20th century manufacturers, Xavier Pauchard accomplished what the Bauhaus school failed to achieve. The fusion of the functional, rational and aesthetic sought by Bauhaus never truly succeeded as their creations never entered mass production.

Xavier Pauchard was not a theoretician, he needed only a few calculations to describe a shape and establish a standardised piece for manufacture on an industrial scale. Several reasons account for these acts of ‘spontaneous generation’, this ‘craftsman’s art’. In essence, the first is an unfailing command of material and technique. Xavier Pauchard’s Chaise A is a perfect synthesis created by a man possessed of an understanding of raw materials – steel and zinc – and the tools used to work them. The success of the Chaise A lies in this fusional aspect. Similarly, one cannot describe Pauchard as an architect, designer or artist, for he was none of these; he was simply a manufacturer, one who made practical items that would sell. And it is therein that lies the talent of these pioneers: they were able to listen to the market, and to respond to it. Thus, the Chaise A by Xavier Pauchard and the wooden Chaise 14 by Michael Thonet were created from a common principle – and were to share a common destiny.
Serge Lemoine, President of the Musee d’Orsay Paris

TOLIX at the Vitra Design Museum 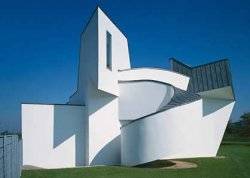 The Vitra Design Museum in Weil am Rhein has a number of pieces by Xavier Pauchard in its collection. In pride of place is a pair of red Fauteuils C (Armchair C), the same model that was used aboard the liner Normandie.
We look upon these as essential acquisitions as they sit at the heart of our core cultural vocation, which is to seek out and display examples of industrial furniture design, be it anonymous of the work of a famous designer.
Tolix metal chairs mark a particularly important stage in the story of design: this is partly because their innovative use of pressed steel allowed practical furniture to be mass produced and partly, indeed fundamentally, as they are precursors of a unitary style of manufacture that would not gain widespread currency until the rise of plastics some fifty years later.
Mathias Schwartz-Clauss – Curator at the Vitra Design Museum Germany
The Vitra Design Museum maintains one of the largest collections of modern furniture design in the world, with objects representing all of the major eras and stylistic periods from the beginning of the nineteenth century to the present. There is no rule that states that a widely distributed industrial object in everyday use will inevitably become a standard. The Tolix chair is a member of that select catalogue of objects that have acquired a certain universality. Almost 70 years since its creation we witness the memory of a metal-working culture, of engineering, the sheet steel envelope, the body design, fitting it to a chassis to form a rigid whole. The Tolix chair, despite the almost complete absence of mechanically assembled elements, remains striking for the simplicity of its architecture. Although now available in a variety of painted colours, it remains identified with a metal-working heritage, an echo of an age where the industrial was still raw and immediate, still imbued with an artisanal romanticism.
Frederic Migayrou - Head Curator, MNAM-CCI department of Architecture and Design, Centre Georges Pompidou, Paris

TOLIX AS SEEN BY... Terence Conran
In 1952 I set out on my own Tour de France, which was when I first spotted Xavier Pauchard’s Chaise A on café terraces; at the time I said to myself that something so well made simply had to be American! I’m still amazed that what went through my head was: here’s a chair the US Forces brought over and left behind after the war. I’m sure my thinking was coloured by the similarities between Chaise A and the 1944 aluminium Navy chair designed for the American fleet, that’s also become a cult object.
Over the years this chair has come to symbolise what I like to term democratic excellence, meaning that it’s a mass produced object that is universally accessible – in a word, social. I feel this inbuilt quality is most remarkable thanks to its undoubted uniqueness. These are the reasons we selected it for the Conran Shop.
Terence Conran. Designer, founder of Habitat, founder and Chairman of the Conran Group. 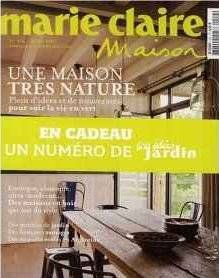 Gone are the days of slavishly following the diktats of fashion. People no longer seek a total look, what's important now is to mix 'n' match, picking a style or mix of styles from which we can all draw disparate elements at different times, creating our own personal universe of objects that provide us with pleasure and meaning. This major shift, one that calls into question the very notion of style, will occur progressively and will lead us to create interior spaces dominated by personal touches. Tomorrow everyone of us will create our own unique interiors, using objects freighted with meaning. Xavier Pauchard's chair is one such object. It is for this reason that, in my role as creative consultant , I've often featured it in the pages of Marie Claire Maison. The Chaise A beautifully mirrors all that the magazine stands for: ahead of the curve, in-line with new trends and representative of changing behaviour. As something practical, lightweight and neutral, the Chaise A is always at home no matter the company it keeps.
Daniel Rozensztroch – Creative Consultant for Marie Claire Maison

TOLIX on the Liner Normandie

Equipping every one of the Normandie’s technical areas, Xavier Pauchard Fauteuil C (Armchair C) and Chaise A cruised the Atlantic a total of 132 times aboard the legendary liner that was the epitome of 30’s style, and the first liner to have broken the five day barrier for an Atlantic crossing. Robust, stackable, rustproof and, critically, fireproof, quintessentially utilitarian in fact, the 150 chairs from the Burgundy metalworking firm Etablissements X. Pauchard, met every one of the safety criteria laid down by the Compagnie Generale Transatlantique.

Tolix's designs for the 1930's, originally used in industry, offices and shops, have become fashionable once again thanks to our renewed infatuation with industrial design. This is a vogue that has revived Xavier Pauchard's lockers, filing cabinets, baggage lockers and post office sorting furniture. The firm continues to serve its historical clientbase such as CAMIF, La Poste and the army, but also adds new colours to these same models in order to fit within their new domestic surroundings.

Tolix for the Kids

The latest generation cant get enough of furniture originally conceived for adults. A good example of this trend is the Tabouret 45 (45cm high Stool), tens of thousands of which have been bought by France's army and air force. Sporting new colours in reds, pinks, blues, yellows and 25 other colours, this 3 kg stool is a natural fit in any child's room. Either paired with a desk or alone it provides every answer to contemporary concerns about aesthetics and rational use of space.

We hope you have enjoyed learning more about the fascinating history and influence of Tolix. We will be adding to this section and incorporating relevant photos so we look forward to seeing you again. 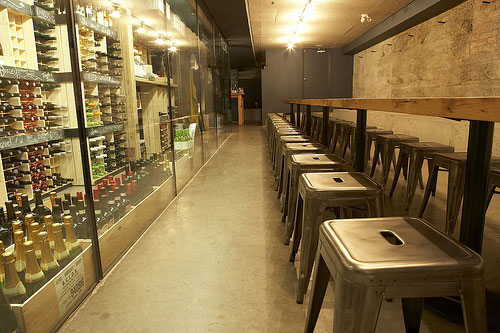